< The Reformation The Fall of the Aztec Empire >

In 1519 AD, a brave sea captain named Ferdinand Magellan was able to get backing from King Charles of Spain to attempt a voyage around the world. Magellan believed that he could find a path through South America and then head west until he reached the Spice islands.The Spice islands are now called the Moluccas and are in Indonesia. In the middle ages spices were very valuable because they were scarce and added flavor to bland foods.

Magellan's voyage was one of the greatest adventures in all of history. When he landed on the shores of South America several of his officers attempted to mutiny. Magellan put down the uprising and had some of the traitors drawn and quartered; a cruel method of execution in which the victim is pulled apart by force. Two of the mutineers were marooned on an island off the coast of South America; never to be seen again.

Magellan continued his voyage down the eastern shore of South America until he found a path through the continent. This path is now known as the Straights of Magellan. Naval historians believe that Magellan's trip through the Straights was one of the greatest navigational accomplishments in history.

The voyage continued across the Pacific ocean where many of the men on the ships died of hunger and a disease called scurvy. Magellan and his officers survived because they had been given kiwi fruit as a gift. The kiwi fruit had vitamins that prevented scurvy. Some men actually paid for rats to eat, because food was so scarce.

Magellan eventually found his way to some islands after crossing the Pacific ocean. Unfortunately, the captain got into a battle with natives of the Philippine islands and he and some of his men were killed with spears and machetes.

The remaining men of the voyage did find the Spice islands and filled their ship with valuable spices. They completed the voyage to Spain and became the first people to circumnavigate the globe. 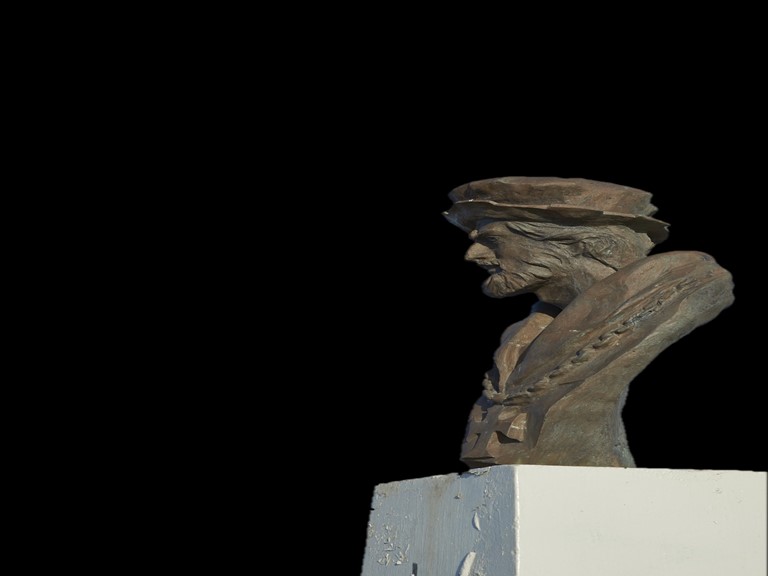