Colonies (nested if else) 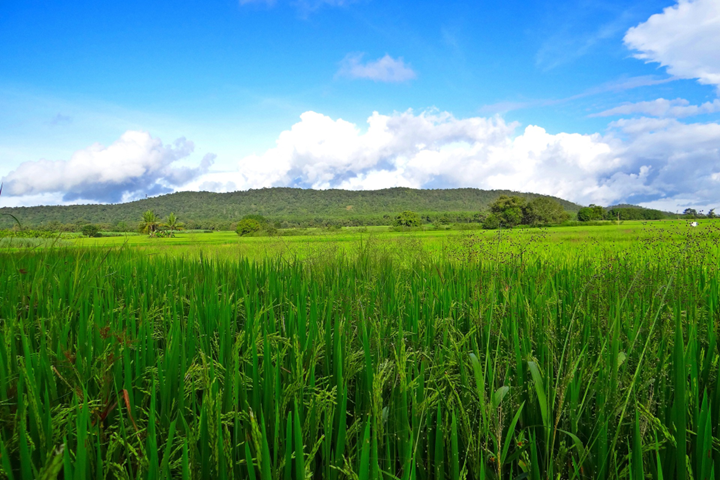 William the Conqueror died in 1087 and his son William Rufus became the king of England. By 1090 England was experiencing frequent attacks from Scottland in the North. William was able to defeat the Scotts and establish a northern border. What happened next was a harbinger of what was to come in future centuries. William moved English settlers into the disputed lands that he had captured. English colonialism had its first introduction. Many centuries later England would establish colonies throughout the world. Just like William's use of transferring his military to put down insurrections, later English military commanders were able to transfer soldiers from colony to colony.

This code again uses arrays but also adds a nested if else conditional statement. Be careful with the curly braces. You can comment out one if else statement and then the other to help you debug the program. Notice also the && and || or comparison operators. You can see a listing of operators at this site: https://www.w3schools.com/java/java_operators.asp 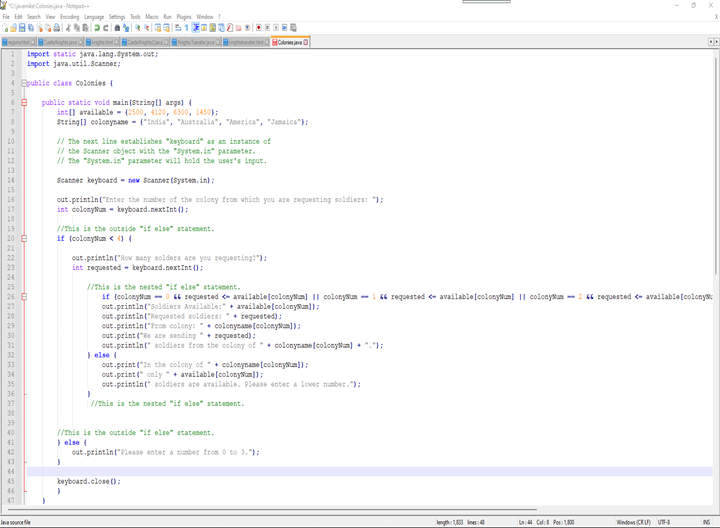 Enter the number of the colony from which you are requesting soldiers:

How many soldiers are you requesting: 400

Enter the number of the colony needing the soldiers: