< The Fall of Constantinople The Reformation >

For many years an experienced navigator named Christopher Columbus followed the royal court of King Ferdinand and Queen Isabella of Spain. The monarchs would travel throughout Spain in an effort to unite the Spanish people and strengthen Spanish nationalism. They had a strong desire to push the Muslims out of Spain and the only city that remained in Muslim control was Granada. When they finally captured the city and expelled the Moors it was time to undertake a new adventure.

The fall of Constantinople made it very important for Europeans to find a western route to Asia. Columbus convinced the King and Queen that he could reach Asia and the West Indies by sailing across the Atlantic Ocean. What Columbus and the monarchs didn't know was that there were entire continents and an entire Pacific Ocean between Europe and Asia.

Columbus left Spain in 1492 AD with three ships; in an effort to find a western route to the West Indies. With primitive navigational devices Columbus and his men were able to cross the Atlantic ocean, and they discovered the Caribbean islands that were occupied by the Taino and Carib tribes.

Columbus named one island that he discovered Hispaniola. Today this island contains the countries of Haiti and The Dominican Republic.

Columbus always believed that he had found a western route to Asia, but we know today that he had really discovered the islands off the east coast of North and South America.

The discovery of these new lands touched off an enormous amount of interest from the people of Europe. In a short time hundreds of explorers were searching for gold, silver, and slaves in the Americas. Priests would convert the natives to the Catholic religion and eventually people would travel, in the millions, to settle the newly discovered territories of North and South America. 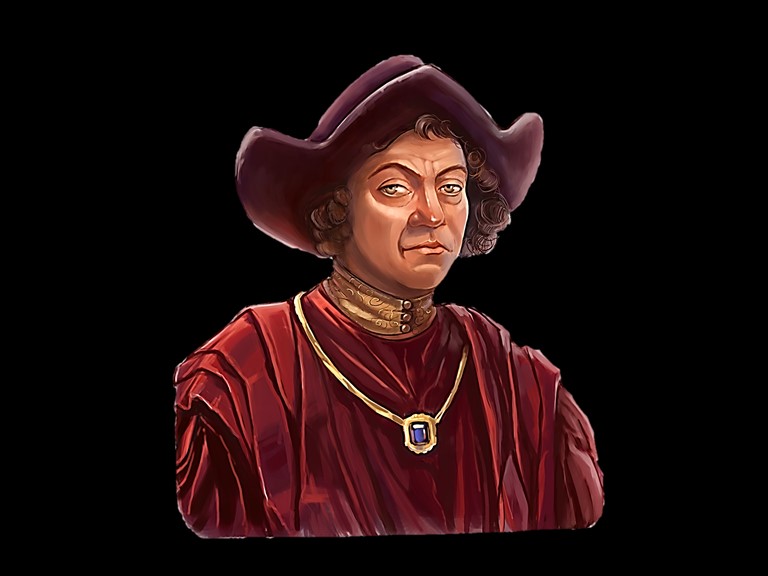 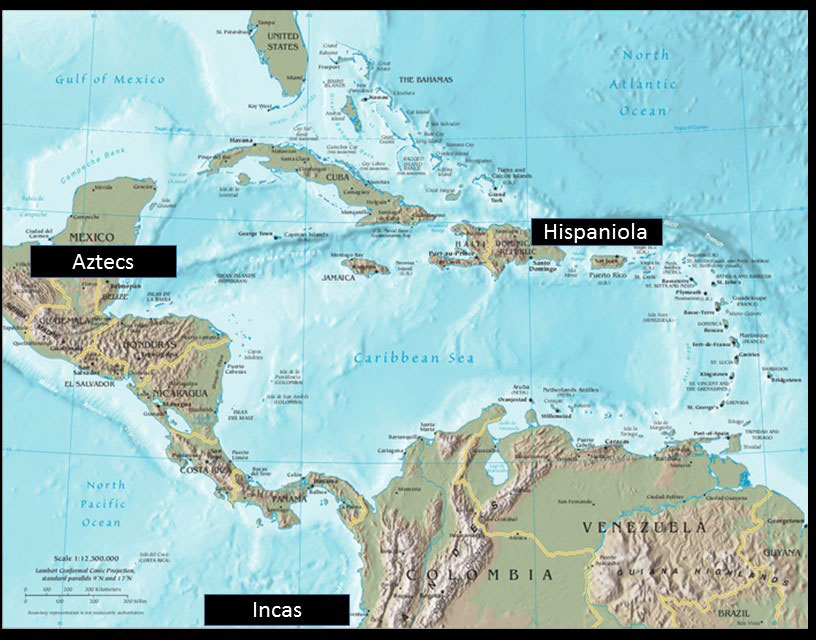