Japan is a collection of islands off the northeast coast of Asia. It is believed that the islands were first inhabited when a land bridge emerged connecting the islands to the Asian mainland (similar to the land bridge that brought the Clovis people to the Americas.) The first people to inhabit the islands were probably following herds of mammoths for food or were fleeing hostile Asian tribes.

The early inhabitants of the Japanese islands were similar to other Stone Age peoples in that they were hunters and gatherers. Most likely, they also learned to fish in order to survive.

It's possible that rice was being cultivated on the islands as early as 100 BC. Once agriculture started, just like in Mesopotamia, civilizations started to emerge.

Japanese civilization would be influenced by the Koreans and the Chinese. And, over time, like other cultures, the islands would be united under Emperors. The Japanese would adopt a very militaristic society and soldiers would be highly respected; just like in Greek, Roman, and other civilizations.

Many Japanese people adopted Buddhism as a religion. Buddhists have many interesting beliefs; some similar to those of western civilization. Just like the Greeks, Buddhist believed that people should maintain a healthy body and a healthy mind. They also believed in an emphasis on thought and philosophy. Meditation became an important aspect of Japanese culture.

The Japanese would play a large part in history. Today, Japan has adopted many western ideas about government and has established one of the largest economies in the world. 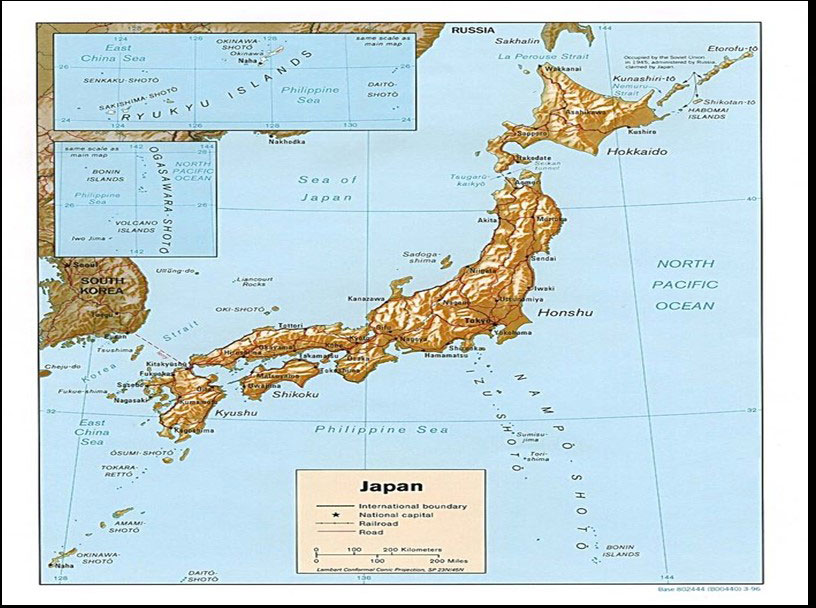