For such a young country, the United States of America has an enormous treasure in its vast number of historical sites, trails, and monuments. One such historical treasure is the Natchez Trace trail that starts in Natchez, Mississippi and extends to Nashville, Tennessee.

No one knows for sure when the Natchez Trace was first established. The trail was started by migrating deer and was later developed by humans. It is very possible that even the early Clovis people may have used the trail. We do know that early American Indians used the trail as a trade route.

One Spaniard to explore North America was Hernando De Soto, who came upon the Mississippi river in 1540 AD. It is quite possible that his group of adventurers traveled along the Natchez Trace.

De Soto came upon the Natchez Indians and the encounter resulted in conflict. The Spanish adventurers brought pigs along on their exploration and they exposed the natives to the taste of pork. The Indians liked the taste so much that they stole the pigs from the Spaniards. When De Soto's men captured a pig thief, the punishment was to cut off the person's hands. The Indians retaliated and there was much bloodshed. 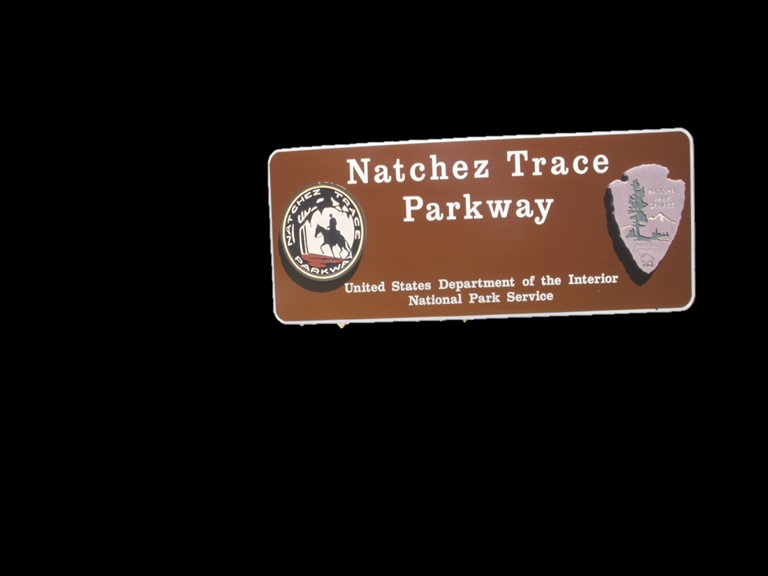