Genoa was initially a Roman city, however, when the Empire fell, the Genoese people formed their own independent government. The city was located on the west coast of Italy in an ideal position for sea trade. Even though trade was greatly reduced during the middle ages, Genoa was able to prosper by trading with the Byzantine Empire and the Islamic world. By the 11th century Genoa had become a great maritime power. The Genoese were also able to gain great prosperity due to the Crusades and the city would play an important part in the later Renaissance.

Another European maritime power emerged on the east coast of Italy. This new sea trading power was Venice. The Venetians also developed trade with the Byzantine Empire and the Islamic world. Venice, Genoa, the Byzantine Empire, and the various Moslem empires in the East all competed for the prosperity that trade produced. The four powers competed with one another to dominate trade throughout the Mediterranean sea. Often battles and even trade wars resulted from this rivalry. Just like Genoa, Venice would contribute greatly to the later Renaissance.

Islamic traders eventually expanded their trade routes all the way to China. The most frequently used trade route became known as the Silk road. This route acquired its name because Chinese silk became a very valuable trade good. Europeans would pay a very high price for silk. However, spices being produced on Pacific islands became an even more desired product. The islands that produced these valuable spices became known as the Spice islands.

One interesting aspect of the Silk road was that the traders had to cross deserts to reach China, and therefore, many goods were transported using caravans of camels. A famous European merchant named Marco Polo traveled the silk route to China and some historians believe that he actually met the emperor of China.

Since Moslem traders controlled commerce with the Far East, the Islamic traders could require Europeans to pay a steep price for Asian goods. The European desire for spices would have a great impact on world history. 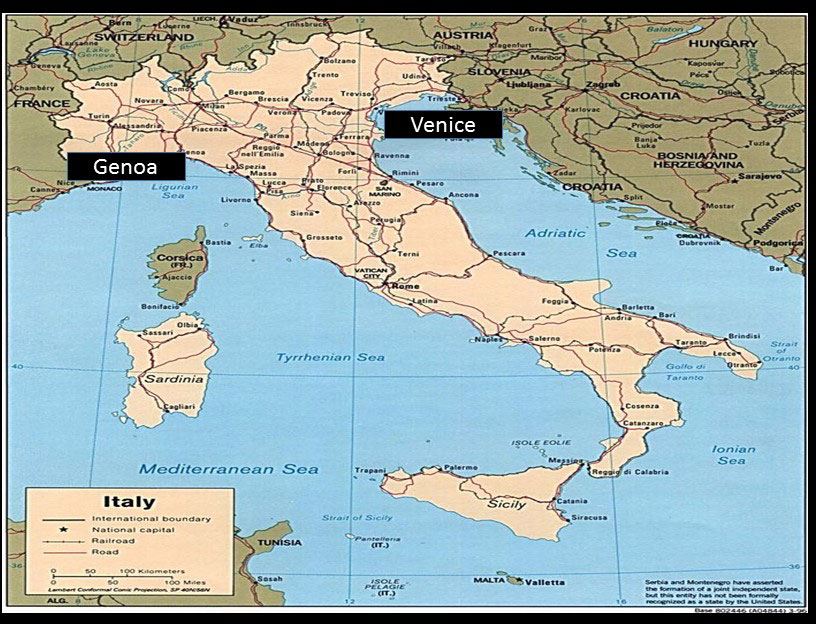