It is conventional wisdom that the first humans lived in Africa and then spread by land to Europe and Asia. One would wonder then, how it was that they came to populate the Americas.

One theory is that they traveled along a thousand mile wide stretch of land, or land bridge that joined Alaska to Asia some 12,000 years ago. That stretch of land is now submerged under water.

It seems that during the last Ice Age, large glaciers formed that used up significant volumes of water from the oceans of the earth. This caused water levels of the seas to drop to the point that a large land mass protruded out of the ocean between Asia and North America.

The land bridge theory proposes that nomadic tribes walked across the land mass into North America in search of food and a more hospitable environment. They then spread to other regions in Central and South America.

When the last Ice Age ended, sea levels rose to the point where the land bridge was submerged under water, and the tribes of humans in the Americas were shut off from those in Europe and Asia.

Research is under way to compare DNA samples from Native Americans to those from Mongolia in Asia to determine if the two native populations might be closely related. If it turns out that they are, this would be strong evidence corroborating the land bridge theory. 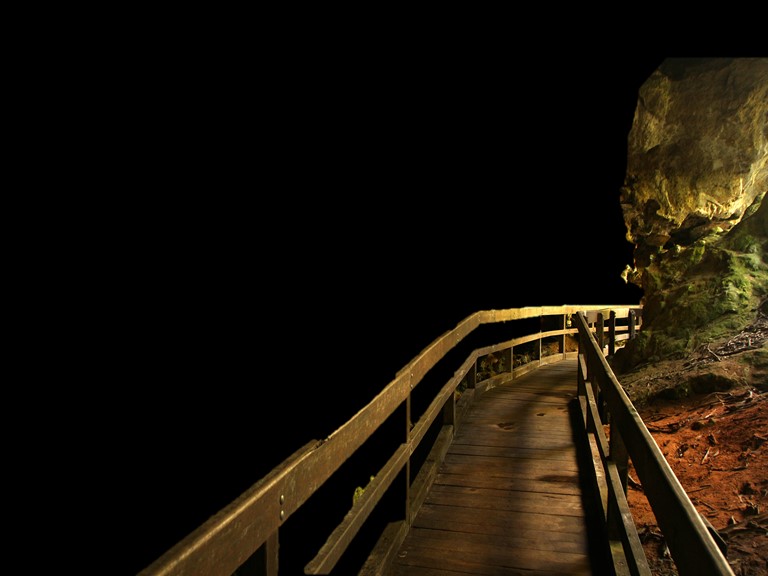 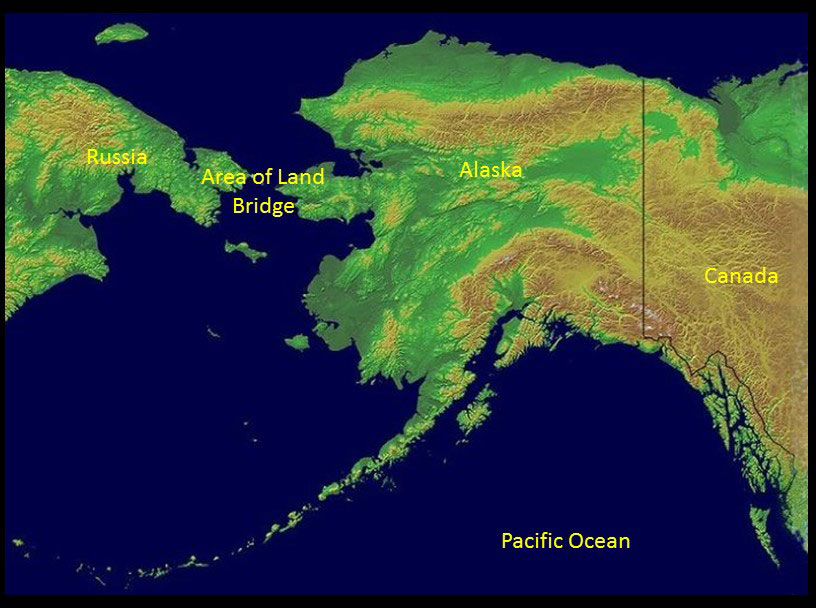