< Steam Boats on the Mississippi Andrew Jackson and the Indian Wars >

By 1825, agriculture in the Southeast had decreased and the population of black slaves had increased. In the Deep South, agriculture was booming with the invention of the cotton gin and the subsequent increase in cotton farming.

Black slaves were needed in states like Alabama, Tennessee, Mississippi, and Louisiana. However, a law had been passed that prohibited any further importation of slaves from outside the United States.

The result of all this was an enormous growth in the American slave trade. Plantation owners in the Deep South would pay a high price for slaves from the Southeast. Almost every city in the Deep South had at least one slave market. Natchez, Mississippi became the largest slave trading city, and the area known as Forks of the Road became the largest of all slave markets.

Forks of the Road slave market was outside the city center of Natchez at the intersection of Liberty Road and Saint Catherine Street. The location was ideally located for buyers from the plantations in the surrounding cities and states.

The Forks slave market was also ideally located for the slave traders. Traders could use the Natchez Trace to transport their slaves by land and could use steamboats to transport slaves by water.

Thousands of slaves would be purchased from plantation owners in the Southeast and would be taken to slave pens in Virginia. Slave traders would purchase large numbers of slaves from the slave pens and would either transport them by water or land. The land route went through Tennessee, and then down the Natchez Trace to Forks of the Road.The slaves would be forced to walk hundreds of miles in shackels and were often whipped.

Slaves being transported by water would be transported in steam ships down the east coast, around the Florida peninsula, and across the Gulf of Mexico to New Orleans. Any slaves not purchased in New Orleans would be shipped up the Mississippi river by steamboat, for sale at the Forks of the Road slave market.

Just like in the days of the middle passage, slaves would receive extremely harsh treatment in transit, as well as, on the plantations. Most males were shackled during transit, whips were used frequently, and cramped conditions led to disease, and many deaths. 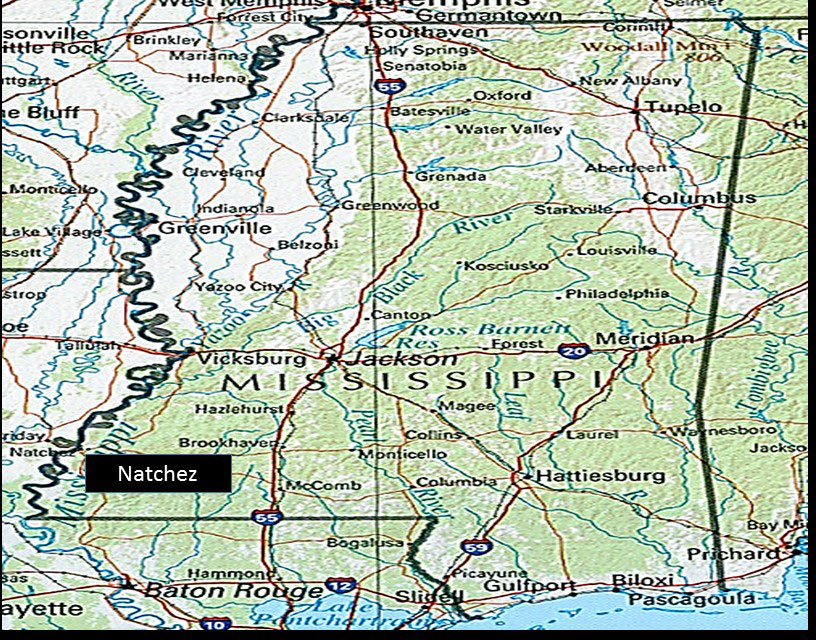